I’m having trouble breathing.  Starting to hyperventilate.  Tears are streaming down my face.  We’re getting closer. I’m holding myself tight while looking out the window.  This is not the same cheery feeling as the start of my last blog, Stupid Words http://https://m3michele.com/2016/03/1220.html.  I can’t catch my breath.  My husband doesn’t know what’s happening…he thinks I’m either having a stroke or a heart attack.  Nope.  He starts speeding up and driving erratically.  I’m now starting to fear for my life.  Lord, I can’t win for losing.  I have to pause what I’ve got going on to whisper and barely get out the words “panic attack”. 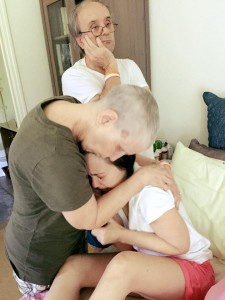 I started thinking about Carol from The Walking Dead.  I’ve been so angry with her character lately but I get it.  In the first five seasons she was all about survival and getting through it all.  Now in Alexandria…she’s had time to stop and too much time to think.

I celebrated my 33rd birthday on March 13 which was a plus considering I feel like I’m truly living on borrowed time. One of my favorite gifts?  Two Jewel tickets on the third row at the Hard Rock Live at Universal.  Whaaaaaaaattt??!  She sang like an angel!  Seriously, one of my favorite female artists so this was awesome and I got to be with my mom who also loves her music.  This was the first big thing the two of us gals have done.  We deserved this for sure. 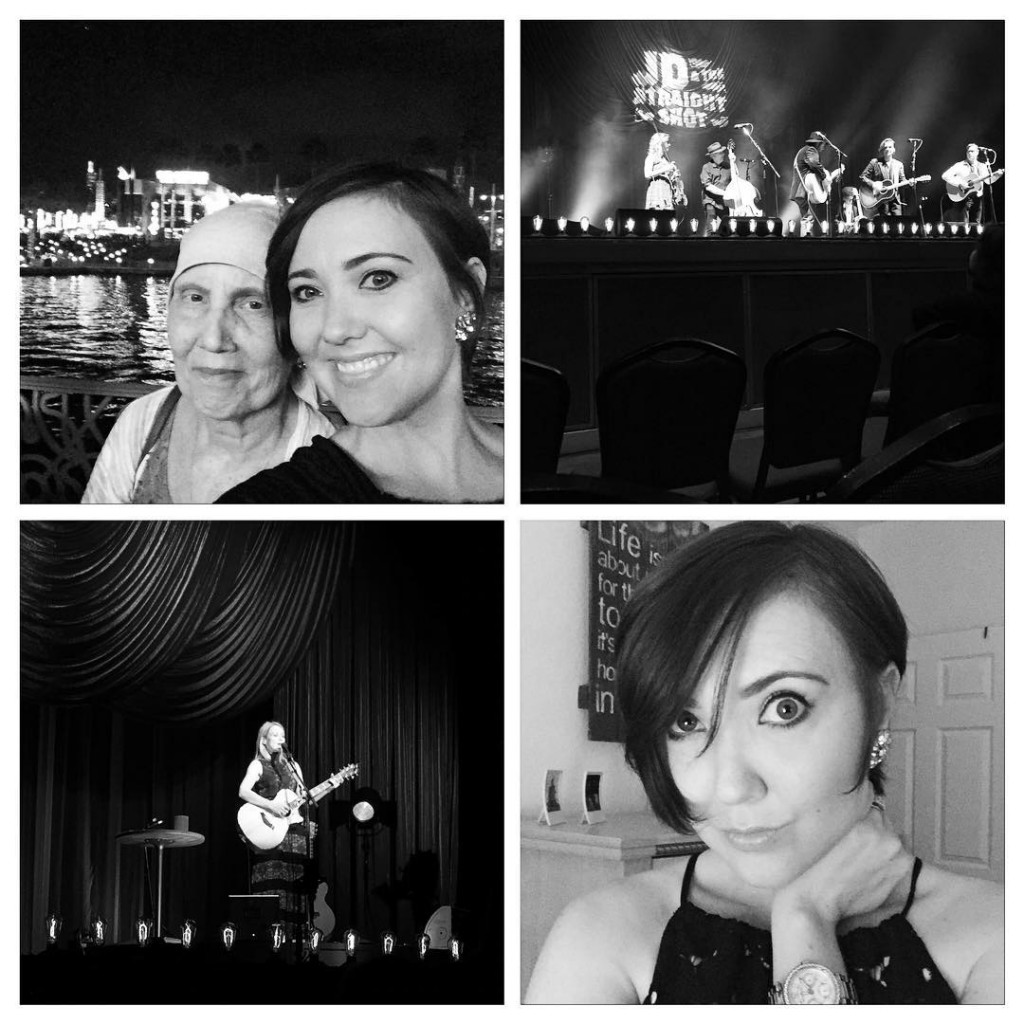 The following day I got to enjoy some seafood and then we went bowling with a group of friends.  Bowling.  Another first since leukemia.  Old Michele, fantastic at most activites.  Healing Michele, sucks at anything that requires physical strength and/or accuracy.  But it’s the memories and the people that make it count.  (Even if I really really like to be good at things and it’s still eating me up to this day that my highest score in bowling that day was a whopping 35.  That’s sad.  So sad.  At least one of my girlfriends had a similar score and I don’t know what her excuse is 😉 – Love you babe!) 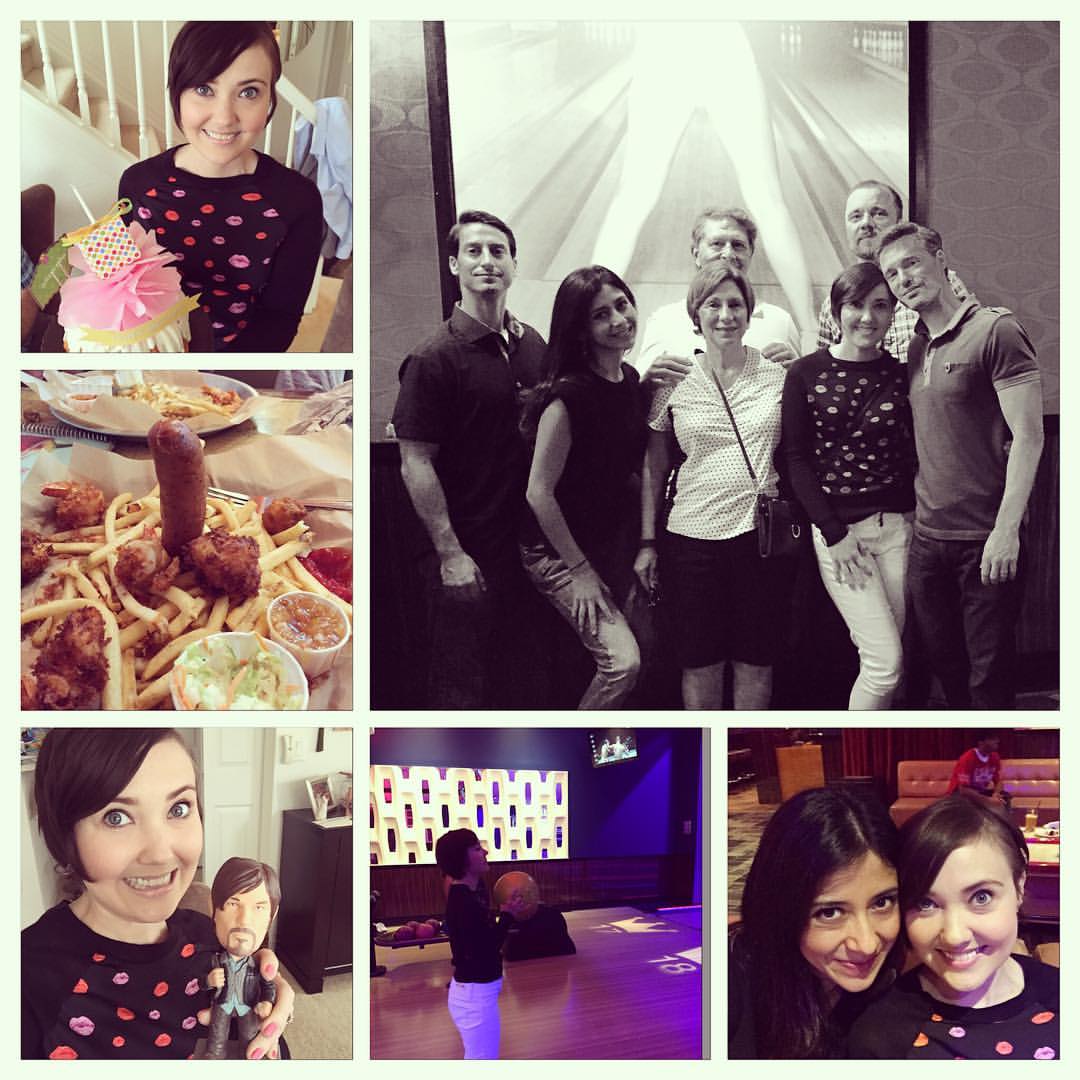 Ativan is our friend

We pull up in front of the Hospital.  We got here way too soon.  I’m back.  All things all too familiar.  This is probably the most lucid I’ve ever been in the ER.  My nurse, Olivia, is drawing blood and getting ready to set up the iv.  Great…she used tegaderm for my adhesive.  I’m allergic! It’s right there on my band.  It’s ok, there are bigger problems at hand. At this point she knows my history and I told her about my panic attack.  She gets it.  For her; she gets them in airport lines.  We have a nice conversation about a really shitty thing that happens in life that you have to just deal with.  She returns soon with iv ativan to calm me down.  “Hello old friend, goodbye nerves.”

How I got here 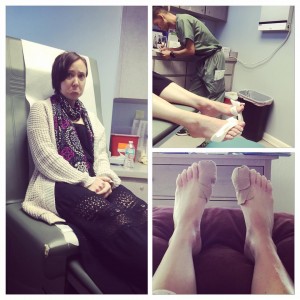 as
given an antibiotic to prevent an infection.  Then on Monday and Tuesday of this week I had some semi major Dr. appointments where some things were done.  Medications were changed up this week.  Then I started having trouble breathing.  In the end, I think it was just too much for my body to handle in a short amount of time.  When we called and said these words…”shortness of breath.”  We were thinking the antibiotic was causing a reaction and could I not take the last few pills.  But my oncologist dept. was not taking any chances with me.  “To the ER she must go.”

They normally keep me for days because of my history.  What were they going to find?  What’s going on now with my health?  Is it something more than just the antibiotic I was on?  Fortunately, the tests come back all negative and everything looks good.  With the exception of my elevated levels dealing with my kidneys.  Not enough to keep me but enough to tell me about it and worry me that much more.  “Yes, I know.  I’ve been having issues and we’re trying to figure it out.”  I’m still having a hard time dealing with who was killed by Lucille at the hand of Negan.  I mean really?!  Did they have to end the season with that awful of a cliffhanger?  That’s really worse than anything else going on right now.

So here we are.  Sure I had the shingles back in February which was awful.  There are still a lot of bumps in the road.  Like I keep saying, the kinks are being worked out.  We certainly can’t forget my mom who’s been having chemo on a weekly basis for 5 months to treat her breast cancer.  She finally had her last and final treatment on 3/21, a day after her birthday!  We are certainly hoping that the chemo did its job and no cancer will be detected.  Fingers crossed.  Please keep her in your thoughts and prayers.

What’s the point in complaining?  It doesn’t make things easier or better.  Stephen Hawking said “People won’t have time for you if you are always angry or complaining.”  I figure people do a vanishing act as it is when a health crisis is at hand.  I don’t want to give the few good friends I have left in my life a reason to not want to be in my company.  So I continue with being me even through the seemingly bad luck.  But just because I don’t complain doesn’t mean things aren’t difficult.  Silence, most of the time, speaks louder than words.  We just need to learn to listen. 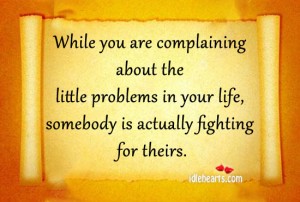