People often ask me how did I know when something was wrong. Were there signs? How did I go from a perfectly healthy 30 year old female to nearly dying over night?! So many questions on so many tongues including my own. Did I overlook weird symptoms in the weeks leading up to my diagnosis? YES.  Can I believe that it’s only been two years since my cancer diagnosis?  NO.  January 22, 2014.  These years have felt like an eternity.

I started having random unexplained bruising that would go on for weeks not healing. My energy levels were depleting but I chalked that up to the busy life of a business owner. Instead of being able to jog my normal 3-4 miles with best friend Marissa Herdon, I could barely do 2 miles without breathing so heavy that I had to call it a day. I started noticing little red dots all over my legs and arms. I would later find out that those are called petechiae which is when there’s bleeding under the skin. My skin, face in particular, was a vibrant shade of alabaster. All of these symptoms got worse and more noticeable with time.  I turned a blind eye on them.  Finally I woke up on 1/20/2014 with a symptom that could not be ignored. It was a shooting pain down my right leg mainly at my thigh. I noticed I had a hard time getting out of bed and walking. Within just an hour or so I was doubled over and in tears. *Little known fact; I graduated from Radford University in VA with a dance degree so my body has been through the ringer and I have some strong legs. 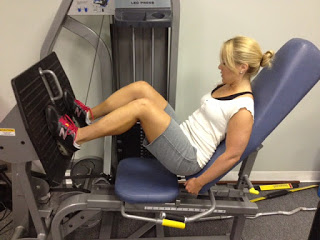 Past Michele could leg press 300 pounds!* However, I have never felt more intense pain than what I felt that day in my leg.

If you’ve followed my journey, you know where this goes. The leukemia had taken over 85% of my body. It is a miracle I am still here today. But I find myself sometimes wandering into the “What If?” land of make believe. What if I had gone to see a Dr. sooner, could things have been different? The physical I had done the September prior where I had failed to do the blood work at Quest Diagnostics like I was supposed to do; what if I had done it? Would I just have been anemic at that point and not had full blown cancer? Those damn what if’s. They’ll get you every time. 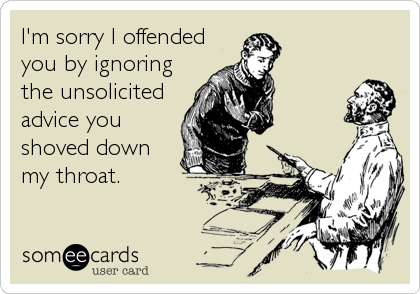 mething I’ve been meaning to write about forever is how much I dislike unsolicited advice.  Who’s with me??  I
can’t tell you how much of this I’ve gotten since my diagnosis.  Mostly from people who have never had cancer, like they could ever understand what they’re talking about and from whom I didn’t want their mouths to open in the first place.  I’ve heard it all from what I should eat to how much exercise I should be getting.  I’m sure plenty of people know all about what I’m preaching right now.  But if you will humor me for just a moment or two.  I’d like to give you some said advice.  If you like it, you can take it.  If you don’t, you can send it right back. (Ron Burgundy)  Our bodies truly are our temples.  We should treat them as such.  This can entail many things that are left to each persons own interpretation.  All I will say is, at the very least, get a physical done every year.  Don’t skip the blood test like I did!  Women…check those boobies.  Early prevention can save lives.  Cancer takes too many too quickly.  I know it feels like it can’t happen to you.  It felt like that for me too until it did.  That’s it.  That wasn’t too painful now was it?

A while back I had broken the news about my mom being diagnosed with breast cancer.  Shortly after her diagnosis, her doctor did the genetic testing to see if she had the gene marker BRCA2.  Remember the Angelina Jolie story about how she had both breasts removed and reconstructive surgery?  She had this marker.  Unfortunately my mother tested positive which mean’t they had strong recommendations for other preventative treatments.  Also, very unfortunately, this did not bode well for her offspring.  Or as you’ve come to know that person…me. 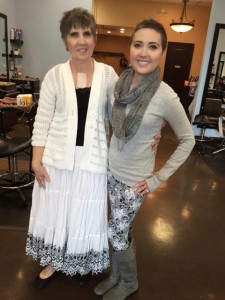 Some people have expressed their concern with how she’s been doing so I would like to give that update now.  She opted out of reconstructive surgery therefore she is missing her right boob.  We had a small ceremony and played funeral music while chanting to the booby Gods afterward.  Chemotherapy started in November with 8 weeks of aggressive treatments every other week.  After that ended, there’s 12 weeks of less aggressive chemo treatments once a week.  She should be done by the end of March.  This is the third week of the less aggressive treatments.  She’s mostly dealing with little to no energy, fatigue, and nausea.  Since getting the diagnosis back in June everything has seemed to drag on forever.  I keep having friends tell me they thought she was done with chemo months ago.  NOPE.  We only wish.  Trust me.  No one is sicker than us of being sick.

How am I looking Doc?

It’s been a while since I’ve told you about my present health which I feel is still such a question mark.  I am still anemic which my oncologist has said is somewhat normal of leukemia patients.  I’ve been battling head pain that’s managed with medication, an anti-psychotic at that, but we’re really hoping that drug’s not going to turn into long term use.  The most recent and kind of scariest at the moment is that I just had to visit a Kidney Dr. because my creatinine levels have been progressively getting higher.  I have to go in for more testing to hopefully get to the bottom of the issue.  Two years later and leukemia is still doing damage. 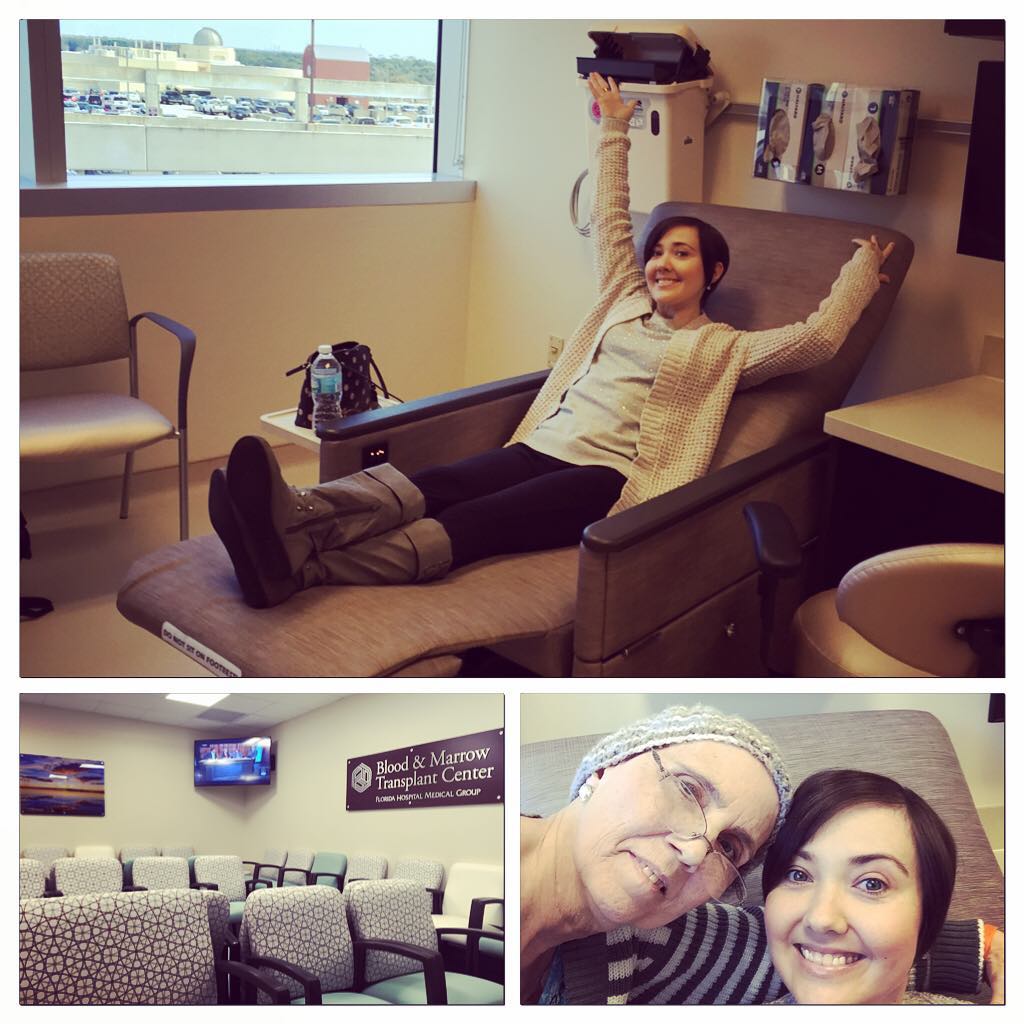 I almost forgot.  I was tested to see if I had the same gene that my mom had.  If I did, there was an 85% chance of me getting breast cancer at some point in my life.  Are you kidding me?  I’m not even done fighting this cancer and I’m faced with these odds?!  It’s seemed like our family has been cursed of late so in the weeks that I had to wait for the results, I waited with this thought “Expect the worst, hope for the best.”  I even had a folder saved on my computer titled “Boobs I like.”  Yes, that’s right.  I’m not 62 like my mother.  I would definitely opt for reconstructive surgery! Come to find out, the surgery is actually covered under health insurance whether you have breast cancer or have the gene and are doing a mastectomy as preventative.  Way to go healthcare, you’re finally starting to do some things right.  After weeks of waiting, the results were in.  Negative.  The best news I had gotten in close to two years!  Thanks Dad.

Until next time…remember to stop and smell the roses.