As we approach the end of yet another year, it means the beginning of another one.  The chance of starting anew.  Full of hope and determination.  “This will be my year” kind of thinking.  Setting New Year’s Resolutions that you’ve been waiting for the perfect time to put into play.  Whether it’s a promise of self-improvement or something nice you want to start doing for others.  It’s all so exciting and fresh. 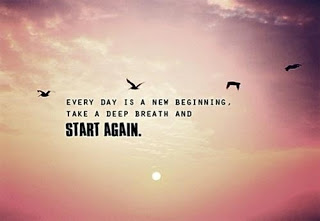 So we will embrace 2016 hopefully full of positive energy and naivety.  There’s always the naysayers.  Let’s cut people some slack though.  We never know what others are truly going through. Tragedy and/or bad luck may have made them that way.  Or maybe they’re just simply negative, horrible people and no matter what, their glass will always be half empty.  The truth is…we can hope for the best but we have no idea or control over what tomorrow will bring much less an entire year. You hear that sound?  That’s God laughing while you make plans. 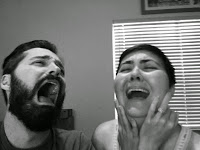 “Isn’t it Ironic, Don’t you Think?”
I remember.  *Sigh*  I remember the feeling described above.  The last time I felt it was on December 31, 2013.  I was working a full day in my office at the M3 studio in downtown Orlando. My husband, Scott Mann, busy in his office at Highforge just down the hallway.  Afterward we had an unplanned meeting discussing possibilities and planning for M3 in the 2014 year.  Hours go by without realizing.  Having just moved into a larger space and hiring a part time office manager, so many exciting things were happening.  I was finally starting to see all the years of hard work paying off. The most precious thing of all though was that it was baby making time.  It took some time and convincing on my part but after only 3 years, he came around.  (Yes, that is sarcasm you hear in my typing.)  After a 12 hour day, we ended the evening with a whiskey on the rocks and unicorns.  It was perfect.  I was filled with so much energy, hope and love for what was to come. 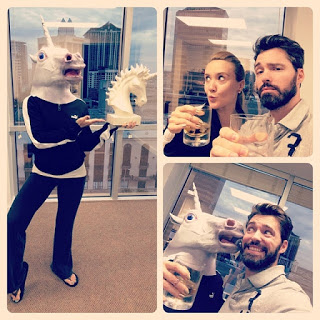 Three weeks later I would go into the ER with severe leg pain after other random symptoms that I overlooked.  January 22, 2014 I was diagnosed with leukemia.  (Phew.  At least it wasn’t cancer though.)  Oh…you don’t know that story?!  My husband was the one to deliver the unfortunate news after getting it himself.  “Michele, you have leukemia.”  Trying to process what he just said, my response was, “At least it’s not cancer.”  That would be a knee slapper if it wasn’t so tragic.  Turns out leukemia is cancer.  Well…gall darn.  I feel like I’m trapped in the Alanis Morissette Ironic song.  To read more about that story and other Michele ism as they’ve become to be known, check this blog out – The Life of a Gremlin 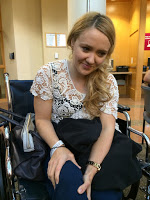 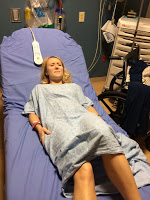 Instead of watching my dreams for 2014 come true or not, I was fighting for my life with ever breath. Miraculously I’m still here battling new demons on a regular basis with leukemia staring at me in the rear-view mirror constantly.  Perhaps now I’m a bit jaded when it comes to New Year’s Resolutions and rightfully so.  Maybe it’s also the fact that it has to do with the future.  A future that none of us are promised.  It feels so false and wrong to get ones hopes up on something that may never come into fruition.  Which is just one reason why I don’t like to dream about the future as I once did.  Cancer did not turn this optimist into a pessimist.  But I am certainly a Die Hard Realist.  I live in the here and now.  My only New Year’s Resolution would be this; I want to live while I’m living.

I’ve spoken often throughout my blog about my own personal journey.  So much has happened in my first 30 years of life.  The past two years however, have seemed to age me mentally beyond my actual years.  In some ways I feel that my journey didn’t truly start to present itself until recently.  Quite frankly, if I can make it through everything I’ve dealt with thus far, then I feel I can make it through most anything.  (Please God, just because I said that, I would prefer you to not test that theory so quickly. I sure could use a breather.)

I was very happy to be alive for yet another Christmas this year.  But I found myself thinking of others less fortunate.  I want to shine some light on so many people that deserve so much more than they know.

If you happen to be one of the fortunate ones that are living a healthy life but are thinking of someone right now, don’t wait until tomorrow.  Don’t make anymore excuses.  Let them know you’re thinking about them.  That you care.  That you’re there for them.  A phone call.  Dropping by for a quick visit.  Meeting up for coffee.  Sending a $10 Publix gift card.  There are so many different ways of saying “I’m here” to someone who feels alone. 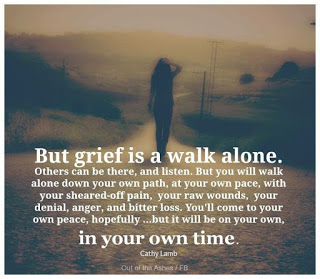 Maybe you’re even reading this and find some sense or peace in it and you haven’t faced tragedy of late.  Perhaps though you can still relate to the words that are being said.  Let’s all stop thinking about our own selves for just a moment or two and think about others.  Have sympathy and love for our fellow man not just at the Holidays but throughout the year.  You can brighten someone’s day with a simple act of kindness.  During times of such darkness, help be the light to those less fortunate who suffer in silence.


Until next time, remember to; smile often, love more, forgive easier, and laugh as much as you can!