I can’t remember the last time I shaved my legs.  Some times, a lot of times, I’ll go the whole day without brushing my hair.  I am in love with cucumber or carrots…soaked in apple cider vinegar.  I hate, HATE, bras and rarely wear them.  A guilty pleasure of mine is watching the Lifetime Movie Network or LMN.  One other thing I like to do, when not watching the Women’s Network,  is watching SYFY movies such as Sharktopus, Mega Shark vs. Giant Octopus, Sharktopus vs. Whalewolf, and others.  While viewing said movies, I will do the voices of the characters (mainly the animals).  It’s like having my very own Mystery Science Theater 3000 in my house.  I really get laughing when my mom tries to do it and fails miserably. 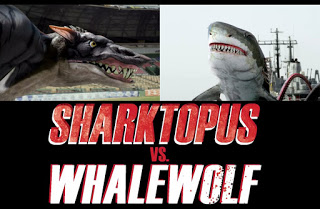 Honesty.  It can be a rare personality trait that we can find with one another.  Whether it’s funny or sad, bad or depressing, boring or too exciting.  I wish we could all be more truthful and open.  Stop pretending to be someone else.  Take ownership when you’ve messed up.  No one is perfect…even the perfect ones that seemingly have the perfect lives.  One thing I’ve tried to keep up with in my writing is “being real.”  Go big or go home, right?  If I was going to put everything out there for people to see, I knew I wanted to give it 100%.  Don’t misunderstand.  I am perfectly imperfect and I am happy with that.  Being honest with myself as much as others is something I have to work at…a lot. 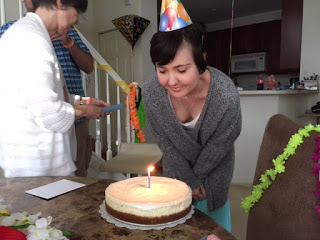 As I mentioned in my previous blog, Eye of the Storm, my rebirthday was 7/31/15.  I am officially 1 year old!  Balloons filled the house, cards received are still on my buffet table, and I loved opening the presents that had been sent and brought over.  Most of all, the biggest gift of all, still being here.  I know my brain shut out a lot of painful memories but I never want to forget this grateful feeling I have deep down in my bones.

Everyone wants to know…now that I’m at the year mark, what does that look like health wise for me. It’s pretty boring right now, which boring is good.  Other than some blood pressure issues which I’m having to see a cardiologist.  At one point this past week my bp was 155/120.  That is high for someone my age.  Hope my heart is still doing good!  I go in for my next clinical appt. on 8/20.  That’s when I hope we will start the weening me off medications process.  Pills I’ve been taking since the beginning including a steroid.  So it’s a little scary thinking about possible side effects that may come from getting off these pills.  We’re not going to worry about that just yet.  Still taking it one day at a time.

Here’s an update about my mother’s diagnosis.  After many tests, her Breast Cancer Doctor was able to confirm that it hasn’t spread anywhere else other than her one breast and lymph nodes in that area.  More appointments to come up before her mastectomy on 9/3/15.  May possibly be a double mastectomy.  Chemo will follow after.  At least I have plenty of hats and scarves for her if needed.  I have wigs too but she doesn’t like how hot they make her.  I agree, they can be quite uncomfortable.

I don’t know if this is irony or just plain weird or a coincidence.  I have the news on as I’m finishing up this blog and I just saw one of the most disgusting things I’ve ever seen.  There is a 23 year old woman who has been faking cancer since 2013.  Leukemia, none the less.  Since she had been some sort of pageant winner, she was already in the public eye.  But after her terrible bout with Stage 2 Leukemia, she had become a role model for little girls and others.  Fundraisers have been done over the years.  The last one just this past April resulting in $14,000 in donations for “the cancer victim”.  She even shaved her head at one point to make her story more realistic.  That was in addition to having her sister take her to the hospital for chemo where she would stay for 6-8 hours.  Finally the police got a tip and they started looking into her story.  Obviously, there were many things that didn’t add up and she was caught.  For the story, click here.

This is wrong on so many levels, I don’t even know where to begin.  For everyone who has or has had cancer.  To all the caregivers, family members and friends of cancer warriors.  Those who have lost their battle and past on.  You know what.  Anyone dealing with any kind of tragedy in their life.  Let’s not forget everyone that supported this person, Brandi Weaver Gates.  From the ones who looked up to her for her “strength” to the ones who donated their time and money.  There is a special place in hell for anyone who would lie about such a thing.

I started this with it being ironic.  The reason being, I wrote the Honesty section a few hours ago.  Hahahahahaha.  Oh life, you mysterious thing you.  You have got quite the humor.

Let’s end on a good note, shall we?  The 2nd annual Camp Mann was just a few days ago on August 9th.  I was ecstatic that my health cooperated and I was able to stick to the plan of me attending.  It was wonderful to behold!  All of the work that must have gone into this event left me in awe.  Sure…I was a bit of a deer in the headlights upon arrival.  It ended up feeling like my big debut.  I want to tell you more because I’m so excited to talk about it.  (No one needs to worry here.  I actually had cancer
and almost died unlike the phony in the news this week.  All donations are greatly appreciated and are helping with medical bills/living expenses that actually do exist.)  The next blog will be all about Camp Mann.  I’ll also include info about our on-air interview with Fox 35 Good Day Orlando!  Until then, here’s a few teasers. 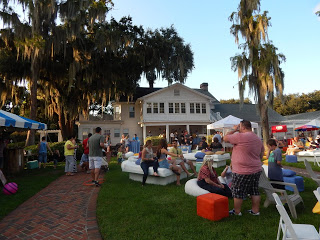 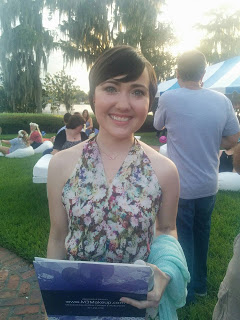 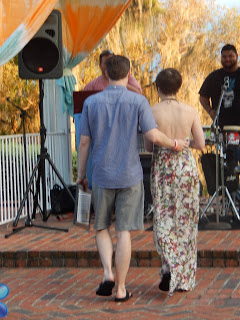 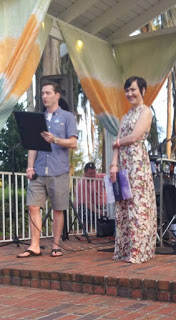 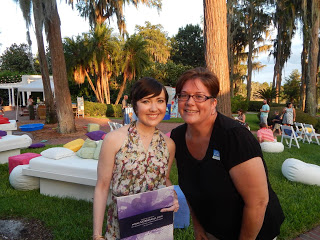 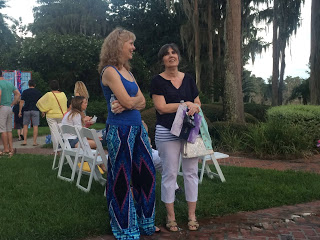 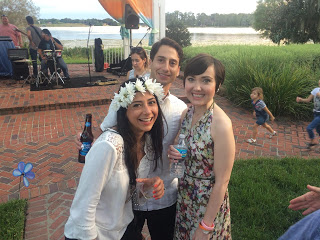